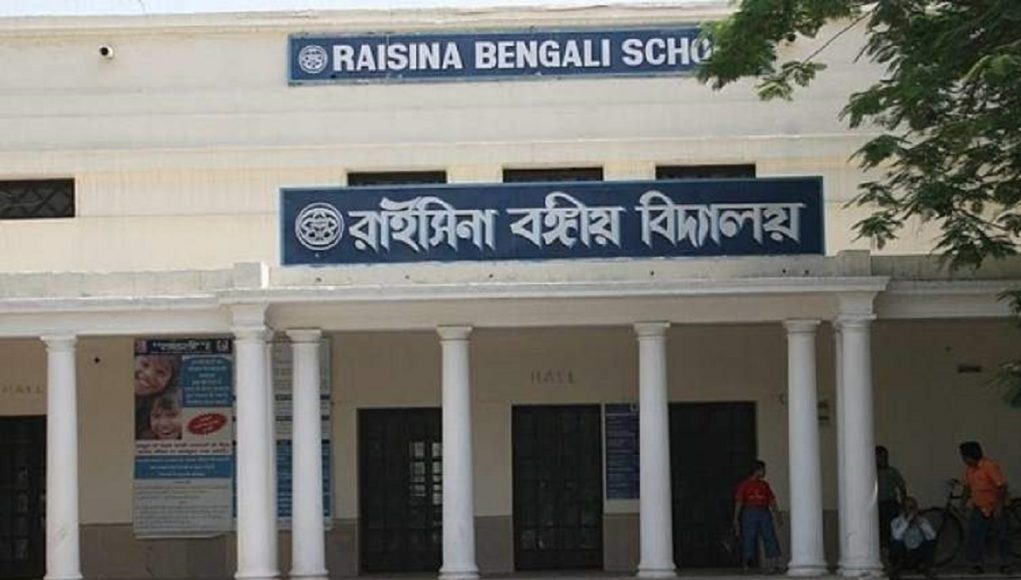 When the states are succumbing to the dominance of Hindi over their regional languages, it is imperative that Delhi with no regional language of its own is far from being a spared. It has always being the shades of politics that has lately being seen as the primary factor to create an environment, where other languages will perish and will eventually have a natural death.

Early 20th century saw growth of schools with ideologies to sustain regional languages, and thus cropped up schools which were known as Bengali or Tamil schools, being run by either associations or trusts like D.T.E.A,  Raisina Bengali School Society and others. The governments at centre as well as states had enough benevolence to grant the much needed fund as well as space for these schools, in the bustling city of Delhi.

However, time changed and schooling policies took an alternate route where it began to be regulated by the ulterior motive of creating a generation that would be inclined to the fast growing city language of northern India; i.e. Hindi.  The associations and trusts started moving out of their norms and these regional schools merely became existence of age old memories. Amidst the Bengali schools which exist today, only a couple can boast of certain regular admissions by students who are willing to learn the language. After getting assurance of anonymity, one of the teachers of a Bengali school said that the Bengali associations have cropped up in every locality with the increase in community’s population. Yet, they have restricted themselves to their own cultural extravaganzas and Durga Puja celebrations. The apex association of Bengalis in Delhi have also failed to create a blueprint for the future of these schools, limiting themselves to mere inter-school competitions, which hardly encourage the students anymore.

Vinay Nagar Senior Secondary School is an exception which has withstood the test of time and have 100% students who are studying Bengali as a subject. It is the responsibility of Alma Mater to educate as well as imbibe the openness of knowledge within next generation.

Utpal Ghosh, Honorary Secretary of Governing Body and Chairman of the Managing Committee mentioned that the school is being administered by a formidable management which believes in coordinated effort of teachers and parents to develop as well as plan the initiatives for better education. This cohesive attempt is also encouraged by the management. The management has lot of member of alumni, who take out crucial time from their daily life to give back their values to this school. He also mentioned that overall development in cultural as well as sporting activities have made this school’s success story, worth reading aloud.

Utpal Ghosh shared that it is not possible for students who are excelling in sports and cultural activities to surpass the educational demands of CBSE. Therefore, through day and night camps within the school for almost three weeks for these students, teachers and management collectively take the onus of their results. For these three weeks, all kind of educational support as well as meals and boarding facilities are being arranged by the management at their own cost, without burdening the students with even a penny’s strain.

He doesn’t blame the parents, who want their children to study in public schools of repute and ignore the plight of vernacular schools. Rather Utpal Ghosh believes that every other school and even government aided ones, should mark up their reputation through strong administrative policies and result oriented education. He is overwhelmed by the number of applications that the school receives against the available seats, which encourages the management to believe in the founder member’s vision of running a Bengali school successfully in the heart of Delhi.

The school can now boast of a state of art music hall named Komal Gandhar, dedicated to the founder, late Smt. Monica Sen, along with well equipped medical room, laboratories as well as highly enriched library.

The Principal of Vinay Nagar Senior Secondary School, Sukanta Bhattacharjee, an ex-student of the same school proudly emphasises on the infrastructure and educational gratification that has been provided to students and teachers alike. He maintained that it is necessary to give valued education and environment to the students, which they can carry forward with pride.

Any school which promotes a particular language doesn’t need to give up its vision, while confronting the apathy of bureaucrats, politicians as well as associations, committees, boards and state governments.

It is the responsibility of the management and teachers to bring forth the overall abilities of students. Once the parents understand the importance and recognise the overall development, discipline and education process of the school, they would definitely have faith in a language that the school wants to enrich, added Utpal Ghosh. His untiring service towards the school leaves him contended with a group of likeminded teachers, who go every extra mile to make Vinay Nagar Senior Secondary School, the triumphant model of a vernacular school.

The prime concern of COVID 19 is well taken care by BFC: The name justified

Simple muffin recipe made at home