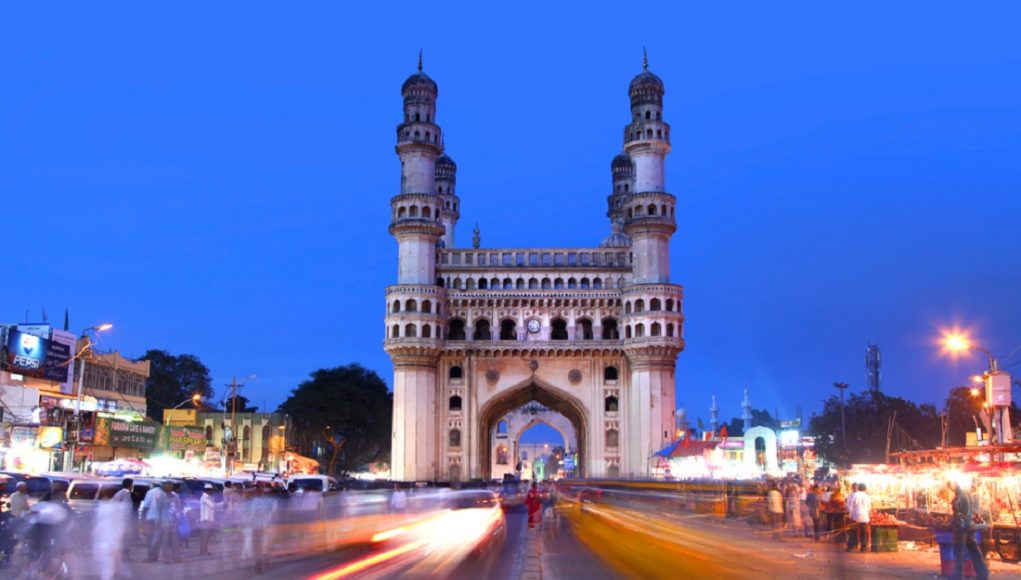 From Shadab at Madina Circle to Cafe Bahar at Basheer Bagh are all bustling with aroma of Haleem being served with nazaqat, as they would humbly mention in Hyderabad. Eid has come at a time when this delicacy extends its courteous invasion on the taste buds of this royal city as well as visitors who look forward to the festive colours after a month long Ramadan.

It is during Ramadan and Eid that more than 6,500 outlets can be found, in and around Hyderabad. The handis are overturned into emptiness by the end of festive season, satisfying the gastronomically extravagant Hyderabadis.

Hyderabadi Haleem is famed in the culinary world for its delicate balance of meat and spices. During Ramadan, the Old City of Hyderabad, around Charminar, pampers itself with lights and Haleem at every corner of the roads.

Biriyani has gathered its due recognition over the years in Hyderabad, yet Haleem has been lately matching the pace with food connoisseurs as well as local populace. The street side outlets are usually crowded with inquisitive minds and eager stomachs. There are quite some popular joints that have also cropped up, seeing the popularity of the dish. It is Sarvi, which is one of the very few places in Hyderabad, where authentic Irani haleem is served. Irani haleem at Sarvi is being made using only mutton and wheat and therefore much different from Hyderabadi Haleem. Sarvi, which is at Banjara Hills use freshly ground spices to enhance taste and the grainier texture.

Irani haleem at Sarvi is being made using only mutton and wheat and therefore much different from Hyderabadi Haleem.

Pista House at Shalibanda Road, Charminar and Shah Ghouse Cafe & Restaurant at Tolichowki are two of the most famous restaurants in Hyderabad, who serve exquisite Haleem.

Hotel Iqbal at Malakpet also claims to serve authentic Irani Haleem whereas Gran Hotel at Abid’s Road and Madina Hotel at Airport Road, Shamshabad had been serving bona fide Hyderabadi Haleem for more than eight decades. Hotel Niagara is one of the oldest haleem joints in the city, dishing out the delicacy in a much quieter environment than ever bustling streets of Hyderabad.

Haleem, which means ‘patience’ justifies its name during 8-12 hours that it takes to be prepared. Over the years. this cuisine has aptly seeped through the religious boundaries and have made inroad to every person’s interest and hunger. Dated back to 10th century, it was called Harisah in the Arabian lands and it has since been modified as well as customised for the regions in which it had been served. While Calcutta loves its Haleem in a longish gravy with chunks of meat, Hyderabad uses the recipe of grinding everything into a paste.

While Calcutta loves its Haleem in a longish gravy with chunks of meat, Hyderabad uses the recipe of grinding everything into a paste.

Introduced to the Hyderabadi Nizam’s soldiers by the Arabs and later modified into Haleem is a one leaves an individual satiated not just in taste but also in health. It is made of broken wheat, a variety of lentils, warm spices like cinnamon, cardamom, cloves with choice of meat and has everything that is required by the human body after a daylong fast.  Though Nizam’s Hyderabad has long been transformed into an IT hub of India, Haleem remains a dish that is savoured beyond religion and social class, bringing everybody together in the festive season of Eid.

Bengali plain Tadka: the most common food in Kolkata